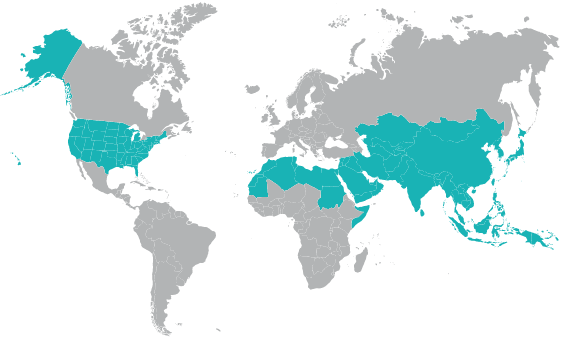 Surrounded by India on three sides and the Bay of Bengal on the south and Burma on the southeast, Bangladesh lies mostly in the vast deltas of two great river systems with headwaters in the Himalayas, the Ganges and the Brahmaputra.

Bangladesh gained independence in 1971 from Pakistan becoming a Parliamentary Democracy. The present Prime Minister is Sheikh Hasina. She was appointed in 2009.

Opportunities in the Bangladesh include:

The Islamic Republic of Pakistan was formed in 1947 when British India was divided into East and West Pakistan and India in order to meet the need of Muslims in British India for their own Muslim states.

In 1974 East Pakistan seceded and formed Bangladesh. West Pakistan then became the Islamic Republic of Pakistan. India and Pakistan are still in conflict over the border in Kashimir.

Opportunities in Pakistan include: